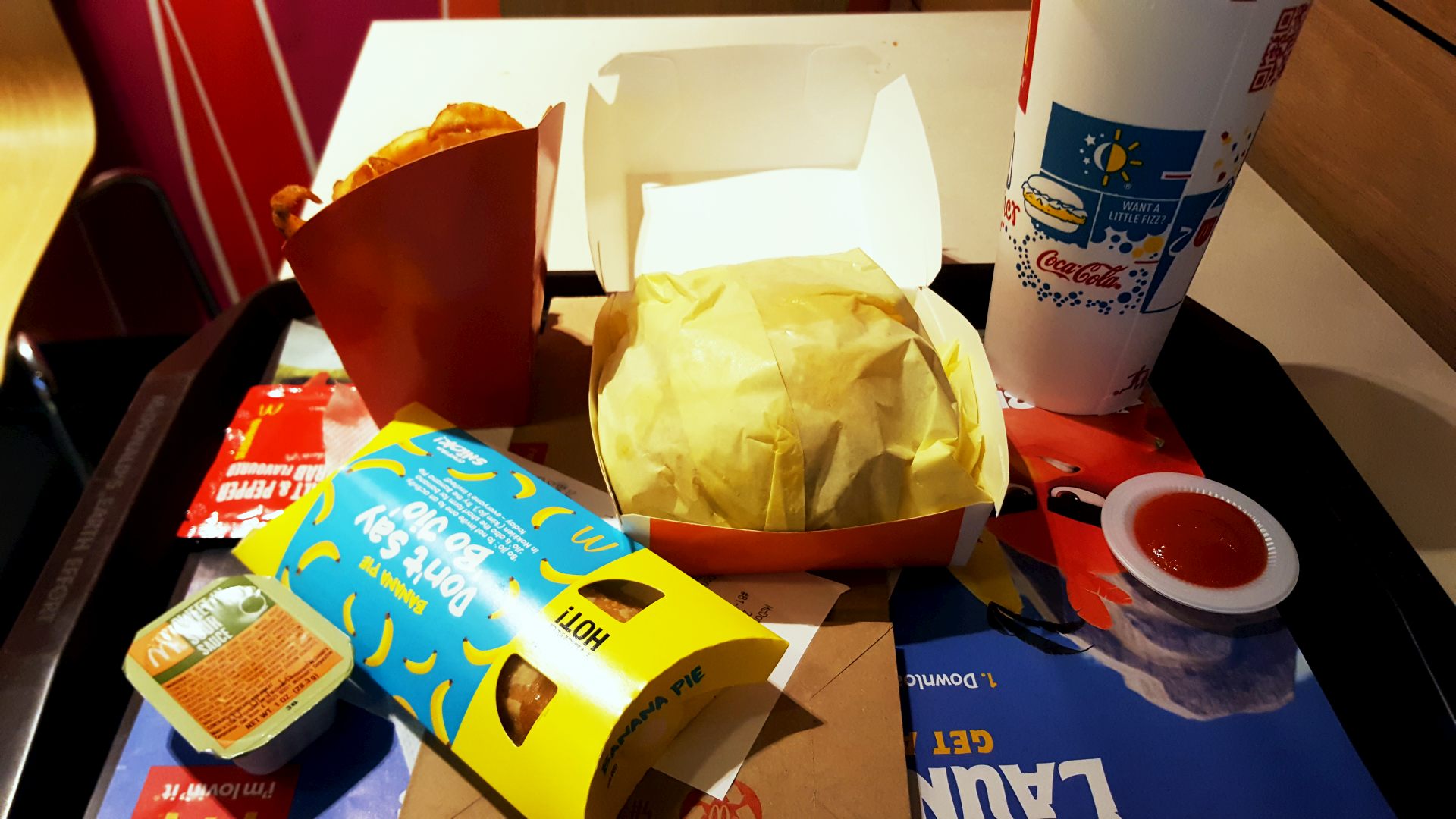 The first salted egg yolk dish I ever tried was this salted egg chicken rice at a food stall at Far Eat Plaza some two years ago. Since then, the popularity of the salted egg yolk flavour has grown from strength to strength, displacing truffle as the trending ingredient in Singapore’s culinary scene. If I were to open my own cafe now, I’ll probably call it “Salted Egg Yolk” and proceed to douse every edible thing I can think of in that delicious yellow gravy.

Well, maybe that’s not a very wise move since food trends come and go. But if you’re an incumbent player in the market looking to spice things up a little, following the trend can’t go very wrong, right?

At least that’s what McDonald’s thinks anyway, with its latest local infusions. Despite being a global brand with a consistent brand image worldwide, it has been known to adapt to the local taste. However, apart from the curry sauce and McSpicy, I don’t think they have ever gone so far to embrace our local tastebuds. Until today. How does it fare? While the salted egg yolk burger is the cornerstone of the new menu, they are also promoting the new twister fries with salt & pepper crab flavour, some hot and spicy nuggets, as well as a gula melaka-infused McFlurry. Not seen in this picture is also the return of the banana pie.

I opted for the special salted egg yolk chicken burger meal, which also came with a drink, the aforesaid twister fries and banana pie, for $9.10 at the McDonald’s at Clifford Centre. It was about 6pm, and I was fortunate enough to be the last few people who managed to get the burger (it was sold out after).

Considering that it’s after working hours and not many people eat dinner in the CBD, McDonald’s was unusually crowded. Seems like everyone couldn’t wait to try the new burger. According to McDonald’s this burger confirm shiok. Squeezed between two sesame buns is a ‘breaded whole-muscle chicken patty, salted egg yolk sauce, curry leaves and chopped lettuce’. Does it live up to the hype? Looks wise, probably not. Then again, McDonald’s isn’t some gourmet burger shop (though it can certainly prepare a handsome looking burger if it so chooses). Yet some people expect McDonald’s to give them the world and complain that the burger looks so ‘cui’. It’s all about the taste, people.

Taste wise, the burger has the distinctive McDonald’s taste, which could be a good or bad thing depending on how you feel about it. The chicken patty, though, is succulent and juicy and is basically a McSpicy without the spice. Speaking of the McSpicy, I’ve always wondered why McDonald’s never offered a McSpicy patty without the spice. The burger is so much more enjoyable when your taste buds can feel the real taste of chicken because they aren’t numb from the chilli. And because of this reason alone, I dare say that the chicken patty in this burger is the best that McDonald’s ever produced.

Of course, I’m aware that the patty isn’t the main selling point of this burger. It’s the secret sauce.

The sauce itself is typical and goes pretty well with the patty (which I admit isn’t saying much since salted egg yolk sauce melds well with practically anything) and the curry leaves are a nice touch for it gives an extra ‘kick’ to the taste.

The only problem? There isn’t enough sauce to go around. It’s as if someone simply spread a layer of thin kaya unevenly over the chicken patty.

This leads me to wonder why McDonald’s did not consider marinating the patty itself with salted egg yolk sauce. Surely dipping the entire patty in salted egg yolk sauce would lend a fuller taste to the flavour, rather than just being a plain chicken burger with a small helping of sauce on the side. Probably doing so would take up too much manpower, or create a big mess in the kitchen. What a pity…

Overall, I think the burger is good, but could be better, and the twister fries are not worth the 60c upsize cost.