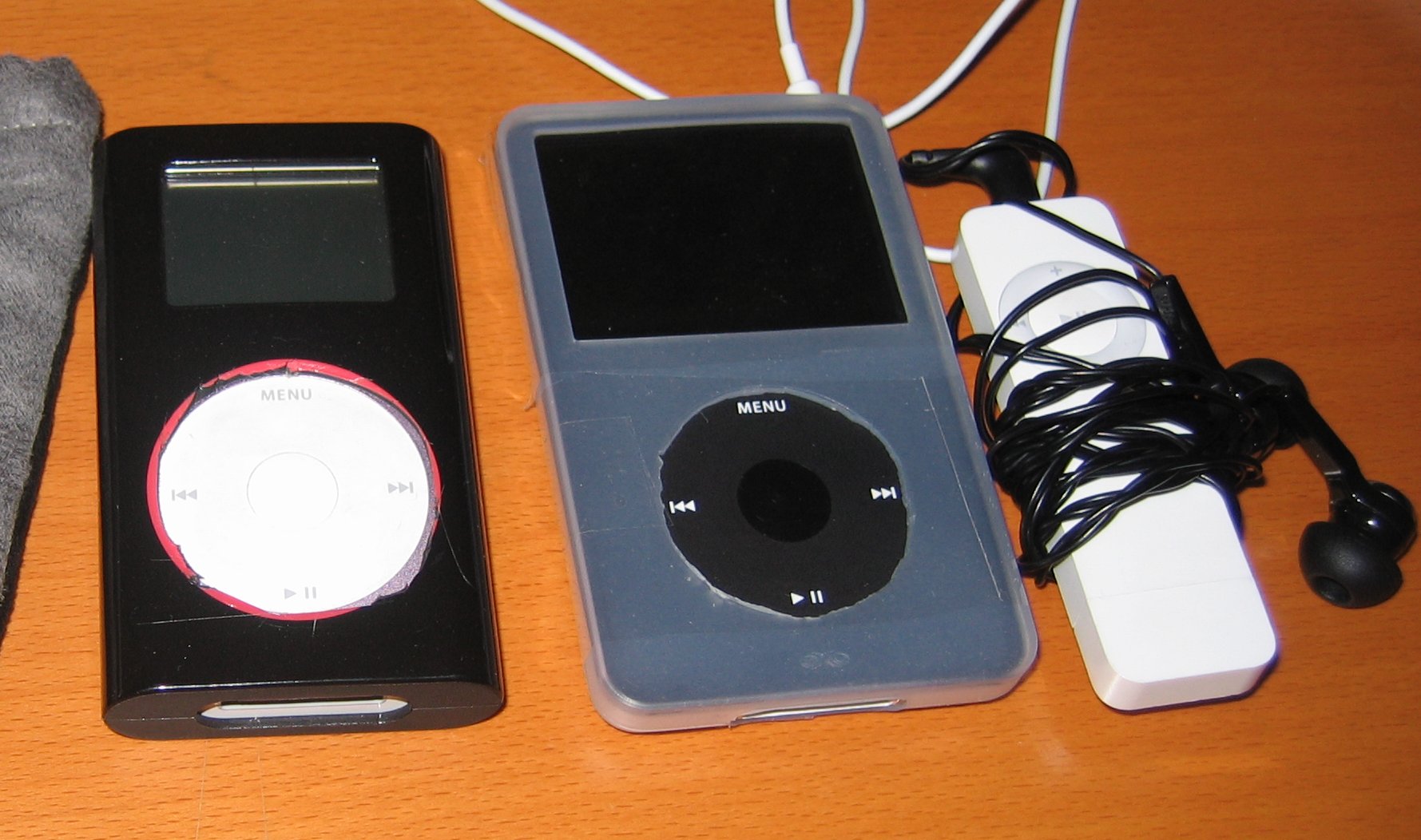 My very first iPod was the iPod mini, a free gift when my parents renewed my broadband contract. It was decked in pink, not my colour of choice but it was the only option left. Being a self-conscious boy and not wanting to be stereotyped (how times have changed!), I later slapped on a black case over it.

While the iPod name is universally recognised today, back then not everyone knew what an iPod was. Or at least, me. My idea of an MP3 player was the thumbsized Creative MUVO that some of my classmates owned. Compared to the iPhone and iPad, the iPod was an enigma naming-wise. Was it a coffee pod?

Only after doing some research did I realise what the iPod really was. And it was not until I got my grubby hands on the iPod mini that I discovered its allure.

Part of the allure of the iPod was how well it was packaged. The iPod mini came in a cube-shaped box. Like origami, it unfolded into two equally-sized halves, one containing a belt clip, and the other, the iPod mini itself. The instruction manuals, CD (yes, remember those days?), Apple logo sticker and dock connector were meanwhile tucked nicely inside the two halves, waiting to be discovered, or neglected.

The words “Don’t steal music”, in four languages no less, adorned the screen of the iPod mini. Unfortunately, that advice fell on deaf ears.

Remember when you had to rip music?

Back then (the iTunes music store wouldn’t arrive in Singapore until years later), the only legal way to get music on your devices was to ‘rip’ them. What this entailed was loading a CD and use software to convert them to MP3s. I remember using CDex in those days. Since my iPod mini came with only 4GB of flash storage, I wanted to maximise the amount of songs I could store and I fell for the marketing trick that ‘128kbps was CD quality’. As a result, most of my early songs were ripped at between 128kbps and 160kbps VBR, something I would come to regret years later as I acquired better audio equipment.

An essential part of using an iPod was having to use iTunes. People may hate on iTunes for being slow, bloated and whatever, and I don’t disagree. It was a little disconcerting at first, being unable to drag and drop tracks as and when I liked. Over time, though, I came to appreciate many of the things it does well: handling thousands of tracks, being able to upload new songs and create new playlists on your computer and have them synced to the iPod by just plugging it in, being able to store metadata such as play counts and lyrics, and more importantly, being able to create smart playlists based on such metadata. And at a glance, I can see what my favourite songs are, simply by sorting based on play counts. Though I’ve since moved away from the iPod and the iOS ecosystem, iTunes remains my music player of choice on the desktop.

The iPod shuffle was launched in January 2005 to much ridicule. It looked like an oversized thumbdrive, and its lack of screen was marketed as a feature. Just shuffle and go, they said.

I wasn’t convinced of the idea, but a first-generation model with just 512MB of memory ended up in my hands one day as a third prize in an inter-school competition. I decided to make the best out of it. I curated a smart playlist, and had much fun in doing that. First, I rated each and every song in my library. Then, I created separate playlists for songs rated one to five stars. I decided on a cap of 100 songs, comprising 50 songs from the five star playlist, 30 songs from the four star, and 20 from the three star. By setting an additional condition that the smart playlist would only include songs not played in the last one week or so, it kept my playlists fresh. The underlying premise was that you had to sync your iPod shuffle with your computer every few days or so. Being the only iPod ever to contain a USB plug, this wasn’t a difficult task at all.

The iPod shuffle turned out to be my daily companion to and from school. Previously, I had never brought my iPod mini to school. It was too bulky to fit in my pocket, and an expensive loss if it were ever stolen. The iPod shuffle, meanwhile, didn’t take much space at all, and was comparatively cheap.

About two years later, my team did well in the same competition again and this time we got the second generation shuffle with 1GB of space (pictured above). The 2G shuffle was much smaller, had a crocodile clip, and came with a rather innovative charging dock that relied on the headphone jack to transmit data. Even up till 2012, I was still using it, especially on runs where I didn’t want to bring my mobile phone with me. It worked well for the most part, except later in its life where the dock connection was rather finicky.

The 2G shuffle proved to be a great design for Apple. After a disastrous third generation shuffle which forced you to use only Apple earbuds in order to control your music, Apple went back to the 2G shuffle for inspiration and released the fourth and final generation iPod shuffle, which was basically a more refined version of the 2G shuffle. 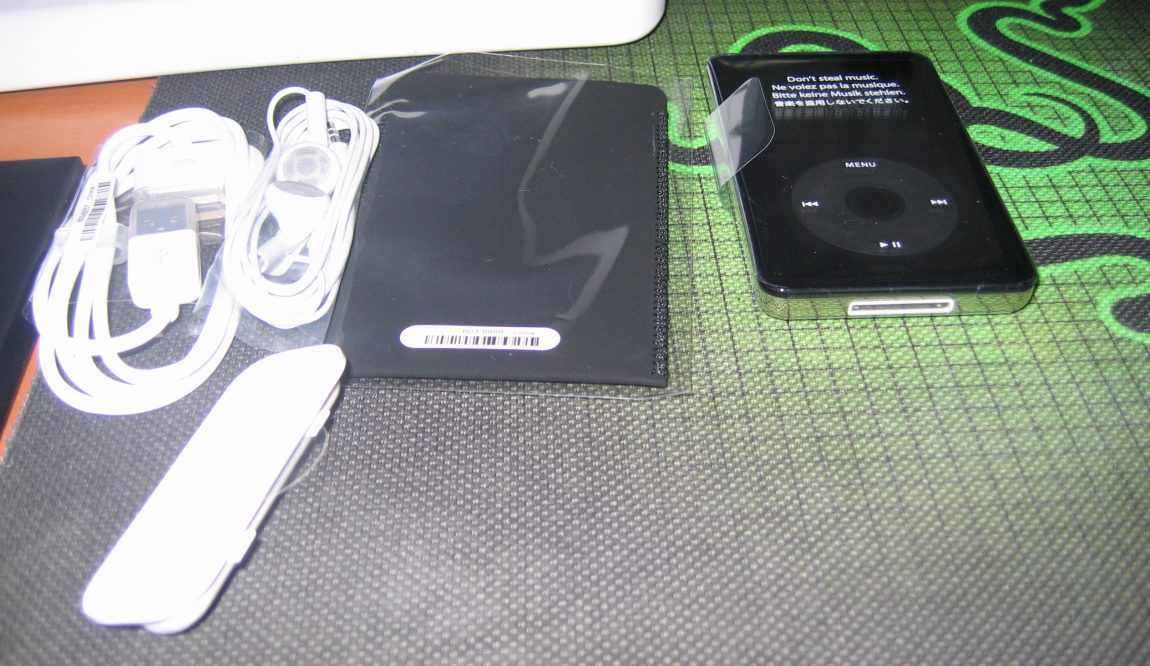 A refined version of the 5th generation iPod (known colloquially as the 5.5G) was announced in September 2006 together with a price drop. My iPod mini was getting a little long in the tooth by then and my music library had grown well beyond 4GB. So I decided to take the plunge and parted with my money to buy my very first iPod (my previous three iPods were free).

It was the favourite of my lot. With 30GB of storage space, I was able to carry my entire library with me. I brought it around whenever I went out during the weekends. It was the only thing that made long journeys bearable, back in the day before there was cheap mobile internet to keep us preoccupied. Creating On-The-Go playlists was a rather therapeutic experience and was something I liked to do on the move. Just hold the middle button on a song you like and it’ll be whisked to that playlist. Once on the computer, these playlists would be synchronised with iTunes and you can feel free to rename them as something else. I tended to keep to one playlist per month and named them accordingly (e.g. October 2006).

More importantly, the iPod was my study companion throughout O Levels and A Levels. Music was the one thing that kept me sane during those periods. Towards the end, though, the iPod got a little cranky every now and then. Its hard drive (unthinkable now that mobile devices once had hard drives, isn’t it?) often needed a hard knock before it would start up properly.

After A Levels, I went to work in a Big 4 firm as a temporary assistant for about two months beginning from February 2010. After receiving my first pay, I rewarded myself by spending half on it on a third-generation iPod touch. For once, I felt as though I owned a mini computer in my pocket. Wi-Fi hotspots were getting common, so whenever I had the opportunity I would be sure to load up Safari and do some web browsing. I already had a Wi-Fi capable Nokia 5800 S60 phone, but the browsing experience was far superior on the iPod touch.

Since the third-gen iPod touch didn’t come with a camera, it made for the perfect companion during my national service days. During admin time and in between guard duty shifts, we would load up Street Fighter IV on our devices and duel each other. Fun times. The iPod touch also served double duty as an eBook reader since such readers were (and still are, I think?) banned in camps.

Then came the smartphone…

Being a full-time national serviceman, the smartphone revolution came a little later for me. Sure, for most of my army days I was up and running with a Symbian UIQ phone in the form of the G700 Business Edition and later the HTC Touch2 running WinMo 6.5, but these were rather primitive and didn’t have access to all the wonderful apps in the iOS and Android world. But once I got my first smartphone–an iPhone 4 handed down to me by my sister–I had little use for my iPods any longer. Size was one reason–phone sizes had grown so large anything else would’ve made my pocket too bulky–and the other reason was simply because the smartphone could do everything the iPod could.

Still, it’s sad to see the iPod gone. Well, the iPod touch is still there, but it’s more of a severely castrated iPhone, or an iPad nano, depending on how you view it. The true blue iPods, the ones that you may still be able to squeeze in your pocket together with your smartphone, the ones that you can bring to gym or for runs, are now gone, together with the much simpler ways of the early 2000s.