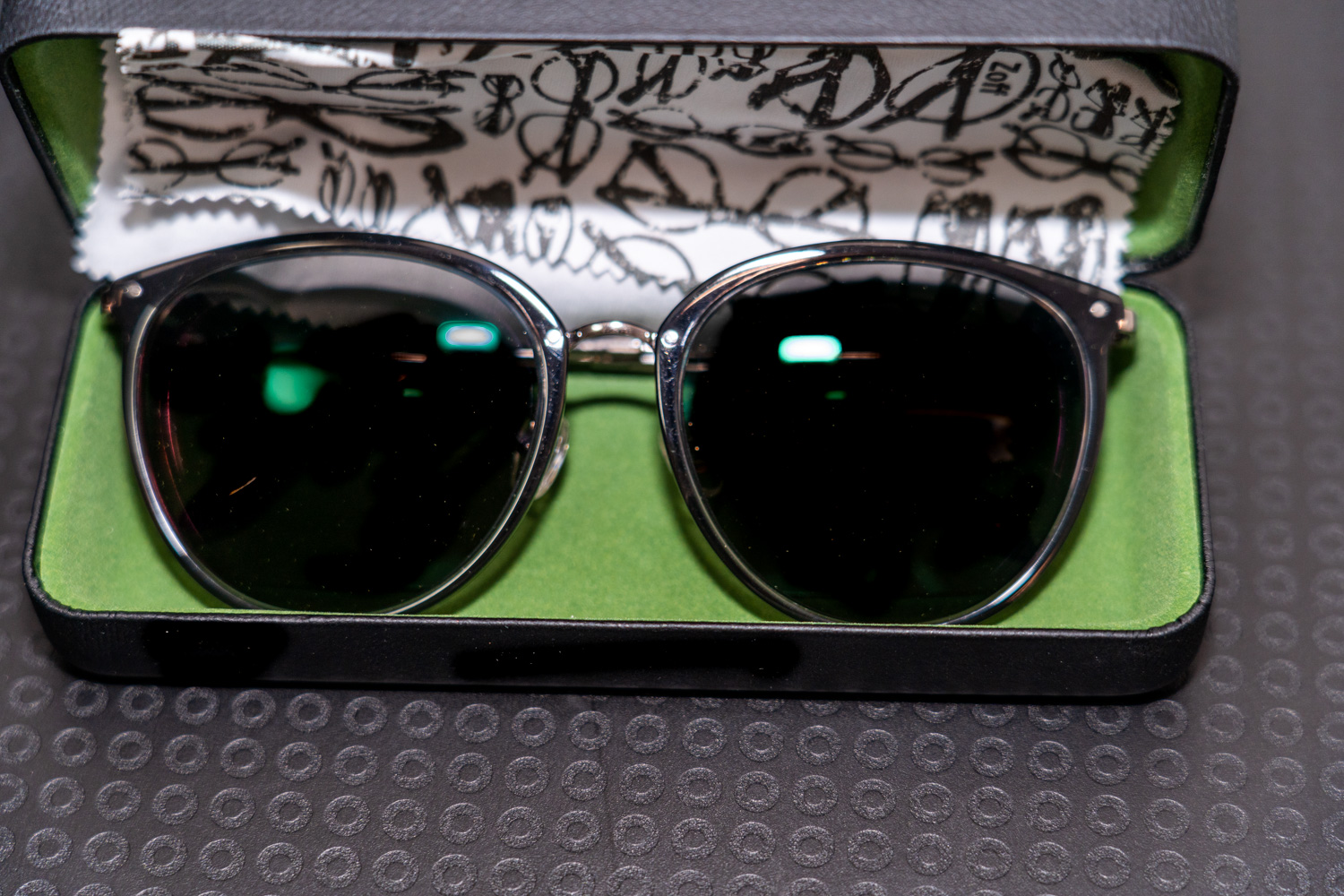 I had always wanted to make a pair of prescription sunglasses. I was deterred, however, by the lack of options and high costs. Many of the more afforadable options in the market stop at an index rating of 1.60, which poses a problem for people with high myopia (~500 degrees) as the lenses will get really thick on a typical oversized sunglasses frame.

Owndays was one of the options that offered higher index (1.67) lenses for sunglasses at a seemingly reasonable price. That is, until you realise that specifically for sunglasses frames, the price of a prescription lens is not included in the base price. So, for example, if you buy a sunglass frame that costs $118, you need to add on another $200 for a prescription colour or polarised lens, whereas if you buy a normal spectacle frame for, say, $118, and add on a prescription colour or polarised lens, you need to add on just $100. Pretty silly and puzzling, if you ask me.

Still, as compared to traditional opticians like Nanyang Optical and Capitol Optical, Owndays’ prices were considered reasonable and I was almost ready to take the plunge on a pair of 1.67 high index coloured lens.

That is, until I stepped into Zoff (the outlet at 313@Somerset). The prices were ludicrously low. In conjunction with a SAFRA promotion which offered about 15% off, I paid only $139.40 for a 1.67 index polarised lens (something which Owndays could not even offer). Note: I already had a sunglasses frame I wanted to use, so the price was exclusive of a frame. If you buy a frame from them, then you get $30 off the price of the lens.

Zoff also offers non-polarised options at up to 1.74 index (even for my degree range), though I opted for polarised instead (which maxes out at 1.67). The staff also told me that their lenses are all sourced from Seiko, which was good to know, but not really a determinant factor for me.

As my lens had to be shipped over from Japan, I had to wait about two weeks before I could get the lens fitted into my frame. If you opt for the non-polarised version, though, the turnaround time could be as quick as a few days. In the meantime, I could continue to use my sunglasses (without prescription) as per normal–they could do the fitting on the spot.

In the end, it took them a little less than two weeks for the lens to be shipped to Singapore. Thereafter, I visited the outlet to get the lens fitted into my frame. The staff did a little bit of polishing at the sides in an attempt to make the lens appear as thin as possible.

The end result? A lens that was rather thick, which couldn’t be helped given my prescription and the humongous size of frame itself, but still perfectly serviceable. The colour of the lens turned out to be a little lighter than expected, which seems to be a normal occurrence with high prescription lenses. This has no effect on polarisation, though, which still worked as expected.

At the low, low price of 134 dollars (plus another 60 for the frame which I purchased in Guangzhou), I’m pretty satisfied with the outcome. The staff even gave me a free case with a cleaning cloth, which I was not expecting at all given that I purchased just the lens from them. As an added form of assurance, the lens is also backed with a six month warranty, e.g. if you are not comfortable with the prescription.