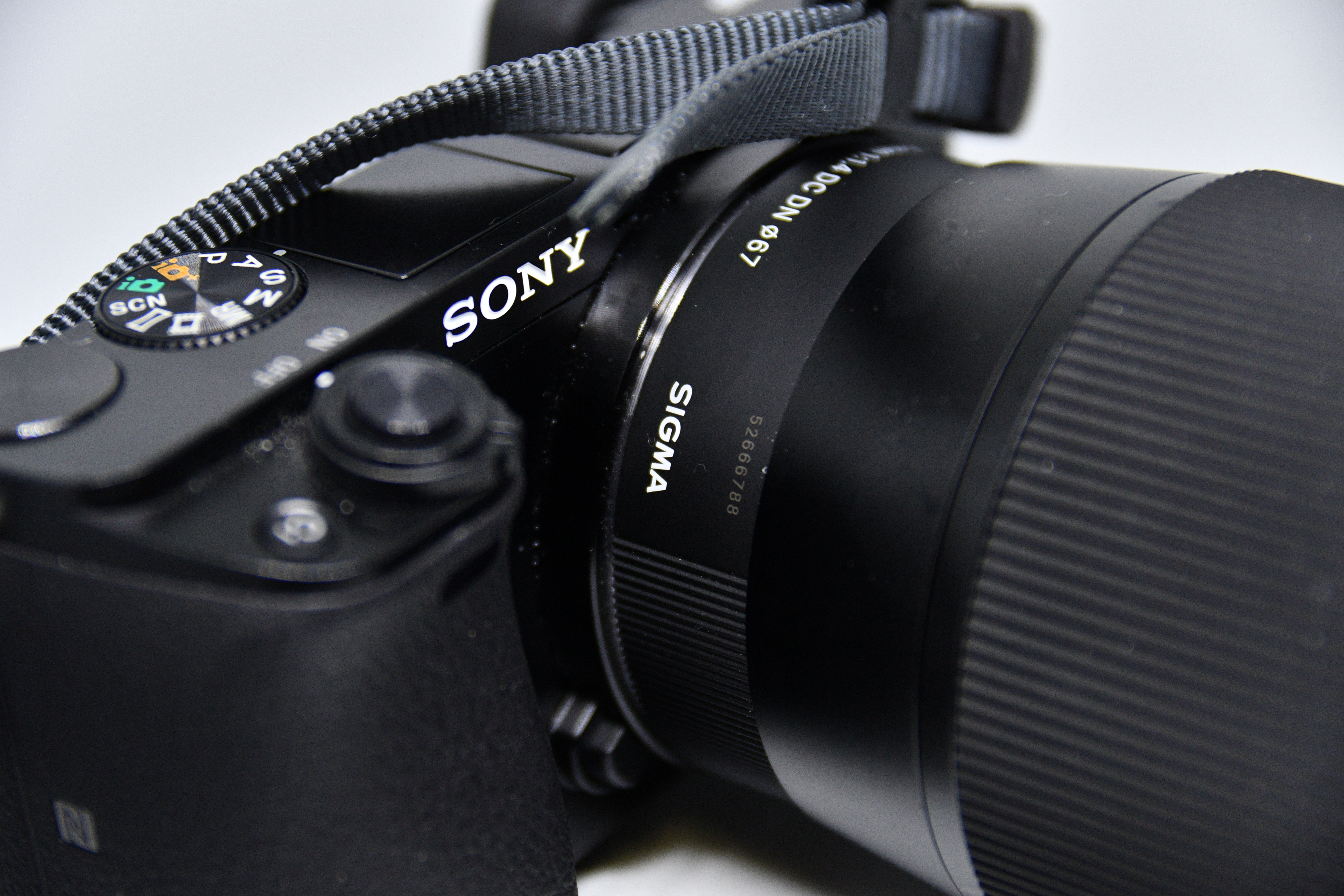 The Sony Alpha A6000 was released in September 2014, an eternity ago as far as technology gadgets go. Despite being superseded by two newer models, the A6000 still sits comfortably in Sony’s mirrorless line-up as an introductory model for the aspiring photographer.

The market for dedicated cameras is well past its heyday, no thanks to the proliferation of capable camera phones such as the iPhone X, Galaxy S9+ and Huawei P20 Pro. Accordingly, camera makers have been forced to switch from a high volume to a high value business model in order to survive, resulting in camera prices creeping up at the middle- to high-end. While mid-range cameras were introduced at a price range of about $1,000 or under some three to four years ago, most such cameras these days are priced upwards of $1,300, even months after their release.

The a6000 is therefore unique because it was introduced in a time where mid-range cameras were more affordable and is probably the only model from that time that’s still being produced today. At the point of its introduction, the a6000 was Sony’s flagship APS-C camera. Today, with a street price of about S$570 body-only to $799 with the kit lens if you know where to look, it’s the cheapest model on the market that comes with twin control dials and a viewfinder, making it an extremely good proposition for the wannabe ‘pro’ (myself included). At that price, its only competition are entry-level options from Canon, Nikon, Panasonic and Olympus. Features wise, the Panasonic GX85, Olympus E-M10 Mark II and Canon EOS M5 come close, but those models are priced at around S$900 and yet, the a6000 trumps them in terms of dynamic range and high ISO noise.

Sony probably realised this and has therefore kept the a6000 in the line-up longer than expected. Today, the a6000’s value proposition is highest for three types of customers. The first type are casual photographers who are keen to take the next step up without going all in. Second, we have photographers who are currently using DSLRs but want to dip their feet in mirrorless cameras or get a lighter system as a secondary camera. Lastly, we have people who are simply looking for a lightweight travel camera that’s reasonably capable.

For me, I fell into the latter two categories. I owned (and only recently sold off) a Nikon D7500 DSLR, an advanced, if not cutting-edge, APS-C camera. While it met my expectations when it comes to lens selection, performance and image quality, it was a chore to carry around as a travel camera at almost 1.1kg with body and lens. At the same time, I was sceptical as to the autofocus performance of mirrorless cameras–after all, the key advantage of a DSLR over a mirrorless camera today is that it has a dedicated autofocus chip that works in all but the darkest conditions. So, the best compromise was to keep the D7500 and get something smaller for my travels. After considering compact cameras such as the Canon PowerShot G7X Mark II and the Sony RX100 Mark III, the choice was obvious: the a6000 was cheaper than both options, was reasonably light at 468g with kit lens and offered superior image quality when paired with the correct lens. I purchased the a6000 with kit lens in November 2017 for about S$790, and followed that up with a Sigma 16mm f/1.4 lens a month later for S$535.

The a6000 has a rangefinder design that is practically identical to the newer a6300 and a6500 cameras. It has a tilt display that unfortunately is non-touch capable and doesn’t tilt back 180 degrees, which means you can’t take selfies with this camera. There is an electronic viewfinder with decent refresh rate and display quality, as well as two custom buttons and two control dials. Apart from that, there’s also a non-reassignable movie record button, a Fn button that grants quick access to twelve functions of your choosing, as well as an AE-L button which I re-configured for back-button focus.

The grip protrudes on the right side and is deep enough for you to get a secure, comfortable grip on the camera, even when using one-handed. All buttons are easily reachable with your thumb or index finger. Unfortunately, the two control dials are placed in such a way that it is impossible to physically manoeuvre at the same time as you would on a higher-end camera from any other brand. Though, this is a minor problem unless you often find yourself in a situation where you need to change both shutter speed and aperture very quickly.

Coming from a D7500, the most jarring change is the lack of buttons. For example, if you use back button focus and assign both custom buttons to set focus area and focus mode respectively, you would have no choice but to assign the innovative features unique to mirrorless cameras such as Eye AF to one of the five buttons on the D-pad (which are already assigned to essential features, like changing exposure, drive mode and ISO by default), or within the Fn menu. If you need more buttons, you have to spend $700 more for the a6500 with comes with an extra custom button and an AF/AE-L toggle.

I brought the Sony A6000 together with the newly released Sigma 16mm f/1.4 to my trip to Bangkok at the end of last year. With a combined price of about S$1,000, it arguably delivers the most image quality per dollar these days.

Image quality, while being a little behind the newer A6300 and A6500 models, is nevertheless still impressive. There’s more than enough dynamic range for post-processing most daytime shots, even when shot directly towards the evening sun.

In lower light situations, the A6000 generally doesn’t disappoint, with image quality remaining acceptable at ISO 3200 and 6400 with some noise reduction done.

However, as all of Sony’s current crop-frame mirrorless cameras (including the A6000) shoot only compressed RAWs, some noise artifacts may appear around high contrast areas especially when you try to push the surrounding shadows, such as in the following examples:

In addition, high ISO shots, when pushed in post-processing, may exhibit a green colour cast, as seen below:

Rein it in, though, and images shot at ISO 6400 are still passable (or good, depending on your expectations).

Autofocus on the A6000 pales in comparison with a DSLR, but is adequate in most situations. In daylight, focus acquisition is instantaneous and tracking works quite well. In low-light situations, you’ll need to focus on something that is slightly backlit in order to get a lock. For nearby objects where continuous autofocus is not required, you can fall back on the red AF assist lamp which works quite well.

Burst shooting is possible on the A6000 at up to 10fps with autofocus, placing it beside very good company like Nikon’s APS-C flagship, the D500. Unfortunately, when shooting in RAW, bit rate drops from 14-bit to 12-bit, which could be an issue in situations requiring maximum dynamic range. The shutter button is perhaps a little too﻿ sensitive as well, as I often ended up shooting multiple shots unintentionally when the camera is in Hi or Hi+ burst shooting mode.

Battery life on the A6000 is average at best. I typically find myself having to recharge at the end of each day, which isn’t too bad, but the A6000 also suffers from standby drain, where the battery will slowly drain out of the camera after a few weeks of non-usage. As a side-note, the camera will also take a few seconds to start-up when you first replace the batteries, or after a few days of not using it. Thus, make sure to toggle on and off the camera at the start of each shooting day.

The Sony A6000 is not the perfect APS-C camera. It has no touch-screen, flip up display, weather sealing or support for multiple SD card slots. Yet, what it offers is almost unrivalled image quality at its price point, with features you would typically only see in more expensive cameras, such as an EVF, dual control dials and high FPS burst shooting. After all, the A6000 was for a few years Sony’s APS-C flagship offering. For that, it deserves a hearty recommendation, for those wanting a second camera body or for someone looking to dip their toes into mirrorless (or ‘serious’ photography) for the first time.