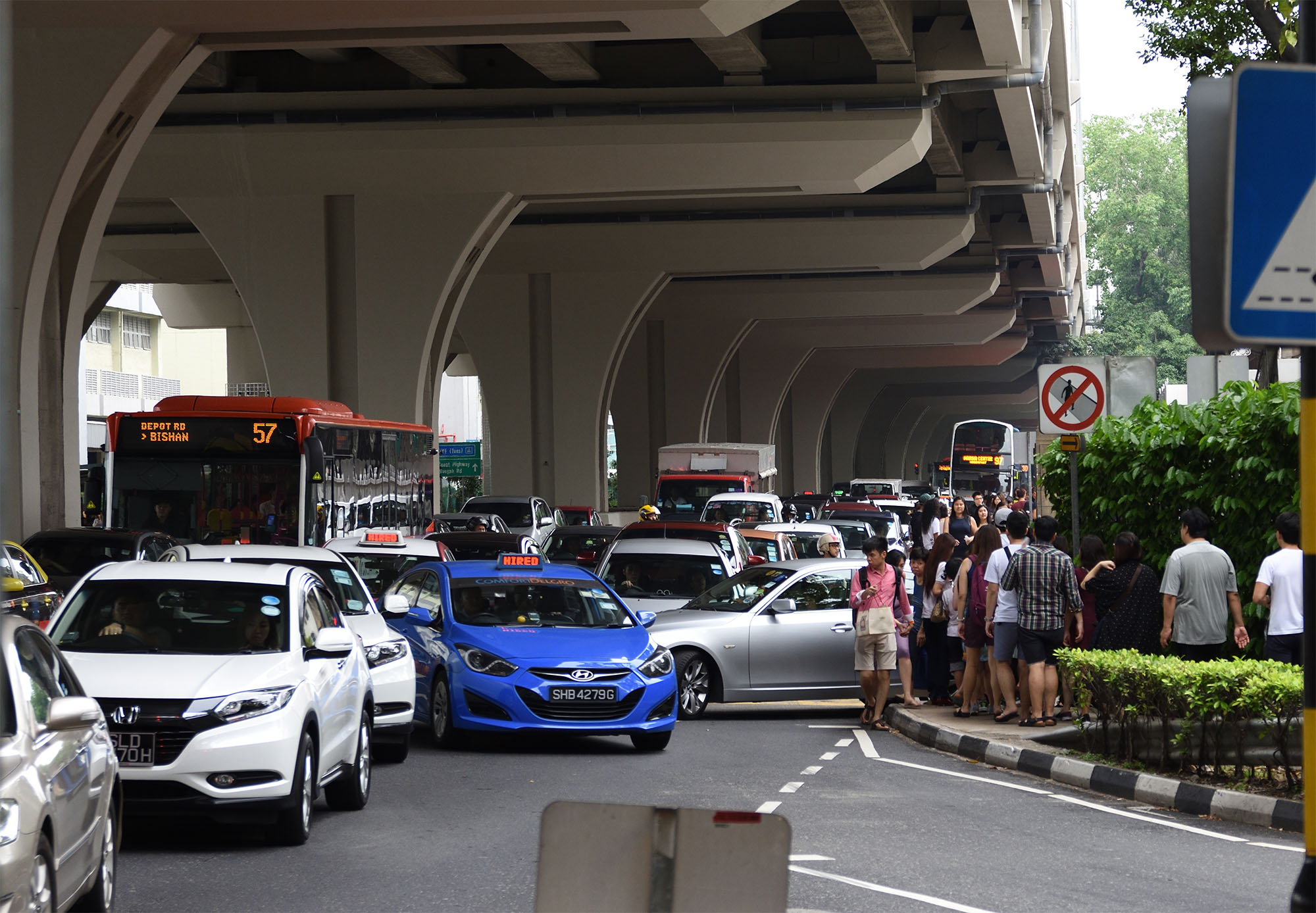 During my marketing module in university some four years back, I remember my fellow peers coming up with ideas like making healthy lunchboxes and delivering them within the CBD, and hassle-free renting of bicycles around campus. I thought, at that time, whether such concepts would seem a little too far-fetched. Six months later, during my environment sustainability elective, we were tasked to come up with a  car-sharing scheme similar to ZipCar in Singapore and promote it via video. We eventually settled on allowing users to drop off and return cars at select locations across Singapore, using a membership card that would serve as a car key. To solve the potential problem of having too many cars one at location, we proposed a roving crew that would chauffeur ‘stranded’ cars back to their rightful homes. While we were forced to sell our proposal, deep down, I wasn’t convinced that this would work out in the real world.

As it turns out, it’s just that these concepts didn’t dare dream big enough. Why make your own food when you can deliver a delectable selection of, some even Michelin-starred, food stalls in the CBD? Why not allow bicycles to be rented for intra-town travel instead, solving the first-mile and last-mile conundrum? And why not impose a cap on the number of cars that can be picked up/ dropped off at any one location to do away with the need for a roving crew? Why issue membership cards when you can use ez-Link cards instead?

Who says we Singaporeans lack the entrepreneurial spirit and are just cookie cutter? With the right amount of perseverance, courage and, perhaps, venture capitalist funding, some of them have made a true difference to the local community.

Where it all began…

Many of the conveniences we take for granted today didn’t even exist in 2012. This was most apparent to me during my most recent in-camp training (ICT) in March.

My previous ICT was in 2014. On late nights when we were hungry, we resorted to ordering McDonald’s because that was the option we were most accustomed to. At the end of ICT, when everyone was rushing to book out, it took me nearly half-an-hour just to find a cab as everyone was calling one at the same time.

Meanwhile, during my most recent ICT, we ordered Foodpanda almost every night. Gluttons we were, but it was comfort food. A special shout out goes to Fusion Western, which was so hugely satisfying (and affordable) that we ordered it for four to five nights. Having a chicken dropped drizzled with brown sauce or cheese and mayonnaise with a side of one of the best fried rice I’ve ever tasted sure beats anything McDonald’s has to offer. While Foodpanda was already there in 2014, we never thought of ordering it back then because the food delivery scene was just so new. Today, the scene is bustling, with Deliveroo and UberEats becoming the more prominent players (we ordered Foodpanda because Deliveroo and UberEats wouldn’t deliver to our camp as it was too out of the way). Awareness of such options have also increased, especially with the ubiquitous food packs that delivery riders strap on their backs. You don’t even need kangaroos prancing around CBD anymore.

With greater public acceptance of such services, it has also opened up the market to more players. Hawker food is now on the table. Recently, I received a promotional flyer from WhyQ, and I tried it out the very next day. Of course, the impetus was the coupon codes available (which brings me to another point about VC funding, which I’ll cover later), but the convenience was very much appreciated as well.

As for the taxi problem, it was non-existent this time. I suspect it’s because of the increased competition from ride-hailing services like Uber and Grab. Uber and Grab drivers are less inclined to reject ride requests because it will accept their acceptance rating. No more pick and choose. Taxi drivers have little choice but to keep up or they’ll be sitting in idle cabs the whole day.

It was not always this way. I felt rather hesitant when I booked my first ever Uber ride back in early 2015. It felt strange entering a stranger’s car. Was it even safe? In just two years, private hire cars have become so ubiquitous that one would think twice before buying a Japanese car. Today, one can not only hire a car, but even a coach. Feel like saving some money? Then share your ride with someone. Or ride an UberXL, which comes in useful if you have a group of five or six.

And the logistical revolution isn’t just about better food delivery and people delivery services. Parcel delivery and management has improved leaps and bounds over the past five years.

Five years ago, the three prominent players on the parcel delivery scene were SingPost, UPS and DHL. Today, we have NinjaVan, Qxpress, and also thanks to Taobao, 4px and DPEX. Perhaps we can also include ezBuy (aka 65daigou) on the list as well. With a more competitive scene, waiting times have reduced. A typical Taobao parcel from China now takes me just five days to reach me if I use 4px and DPEX. In fact, it only takes one day from clearing Singapore customs to reaching me.

What if I’m not home? You no longer need to worry about parcels being lost, waiting for re-delivery, or going to Changi just to retrieve a parcel from their distribution centre. With delivery lockers placed at numerous strategic locations in Singapore, you can ask them to deliver it there. I’d say POPStation is perhaps the best initiative launched by SingPost ever. Instead of having mum and dad ‘stationed’ at home the whole day just to wait for a parcel, just have them put it in the locker and collect it after work. While not many couriers are able to deliver to POPStations right now, I expect this to improve in the next five years. Perhaps by then, each HDB block will have a designated locker area.

Now that we’ve largely conquered land deliveries, perhaps the next step in the logistical revolution would be air transport. It may seem implausible now, but five, ten years down the road, having drones whizzing all around us may be the new normal. Of course, it would also bring new meaning to the word ‘killer litter’…